There are many examples of accepted limitations on free speech: libel, slander, obscenity, pornography, sedition, hate speech, incitement, fighting words, classified information, copyright violation, trade secrets, non-disclosure agreements, right to privacy, public security, and there will always be a debate on whether any particular limitation is just. But the speech in question in the Hebdo case is none of these. From the objective stance of those offended, it is most accurately characterized as “blasphemous” speech. So the question arises whether laws against blasphemy should be valid or invalid under a right to free speech.

The concept of blasphemy has a long and complex relationship with the rise of the secular state and can only be understood in the West in relation to this history. In the 13th century, Thomas Aquinas expressed the official view: “[if] we compare murder and blasphemy as regards the objects of those sins, it is clear that blasphemy, which is a sin committed directly against God, is more grave than murder.” Now this is medieval thinking indeed, and it was only over the course of a number of centuries that this hegemony of thought was dismantled and set aside. The separation of church and state became the norm, and the implied premise of the secular state became clear: in the political sphere, whatever is ascribed to the will of God can only detract from human autonomy, and has no place in a democracy by and for the people.

The limitations to the right of free speech, regardless of where you are in the West, are at some point considered in light of what is known as the “harm principle”. In the words of J.S. Mill, “the only purpose for which power can be rightfully exercised over any member of a civilized community, against his will, is to prevent harm to others.” And harm is commonly understood to mean physical harm. Applied to the concept of free speech, only speech that harms another individual should fall outside its protection. Not unless the speech incites some imminent harmful action against a person or persons should it be characterized as amounting to “fighting words” and not be afforded protection. On this basis alone, blasphemous speech would not fall afoul of the protections afforded to free speech.

But another principle, the “offense principle,” is also made reference to with varying degrees of force in courts from state to state. This principle would allow limitations to the right to free speech where psychological or social harm is connected with the speech in question. And it is here that free speech might come into direct conflict with blasphemy, for one would be hard pressed to say that a devout Muslim does not experience some psychological or spiritual harm when confronted with derogatory speech in regards to his or her religion. And so we find ourselves balancing the two values: a right not to be offended and the importance of free discourse in democracy.

So what is the importance of free speech to democracy and how can we best interpret it in light of the norms of our society? First, there is no doubt that free speech has a special place amongst the pantheon of human rights – for free speech is considered essential to the protection of each of those other rights. And so courts throughout the West have been loathe to limit free speech for it goes to the very thing on which a strong democracy is based – informed and knowledgeable citizens empowered to speak their minds and act accordingly.

But what other norms of our society are at stake in this debate? Well, there is no doubt that one of the foundations of Western secular society is pluralism and tolerance. At least one of the fundamental premises of our idea of the “good” is that it is better to allow a multitude of ideas of what is a good life to coexist than to promote one vision of what is a good life, which would exclude others. Or put another way, if there is one vision for what is the good life in the West, it is pluralism and tolerance itself, for that is the touchstone of how we interact with one another in society with dignity. No one specific vision of a good life, whether derived from scripture or philosophy or otherwise, should have a preferential place in our society. It is here the state (usually) refrains from protecting one vision over the other.

There is a gap between tolerance and acceptance, as any member of any minority knows full well. And as people become more enlightened one hopes we can narrow this gap. But filling this gap is not the responsibility of the law, not if we are to nurture free debate in a pluralistic society. To do so would silence all expression offensive to one particular interest group. As the interest groups queued up to not be offended, the chilling effect would act as a gag on free speech itself.

Speech that is offensive to one particular group in society may be rude, but the right way to deal with that is to ignore it. It is wrong to suggest the Hebdo reaction amounts to fighting words and that direct harm will likely result from it. Bottom line: blasphemy laws set the bar too low, silence debate, and inhibit artistic license and expression.

Click here for the CNBC feature article “After Paris and Copenhagen, can free speech learn to live with religion?” by Javier David, based in part on an interview of Tomas Byrne in regards to this blogpost.

This is a private list. Your email address will not be shared with anyone. 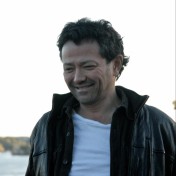 Canadian author Tomas Byrne is a native of Ontario, and received his education at McGill University, York University and the University of Oxford. For twenty years, he worked in London as a lawyer and banker. His novels raise questions about today’s controversial political and social issues. Byrne’s writing has roots in his extensive study of philosophy, mythology and religion. He counts Joseph Conrad, Thomas Mann, James Joyce, John le Carré among his literary influences; Friedrich Nietzsche, Gilles Deleuze, Charles Taylor, Murray Bookchin among his philosophical influences. Byrne resides in Sweden with his wife and two sons.

By joining my readers group, you will receive advance information on new books and other exclusive materials. This is a private list. Your email address will not be shared with anyone.